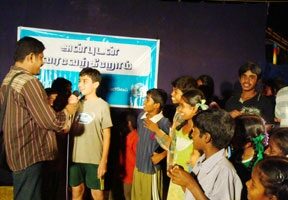 The Hindu: The Nowhere Children

The long silence about child sexual abuse seems to be breaking 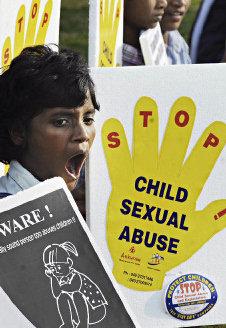 You have to live in an opaque, sound-proof bubble to deny child sexual abuse (CSA) exists. Hard-drives of documented cases are available with NGOs working in this field (you don’t want to read them). Reports from the media, UNESCO and the government are awash with evidence. The long silence and denial about CSA seem to be breaking. It is mainstream, occupying public and political space. You can’t argue the need for it.

Accept it, say the NGOs, and work to protect the child. Know the facts.

There’s a high percentage of child-trafficking in the sex trade. Paedophiles stalk websites in search of unwary, curious kids. Abusers target unsupervised children of busy parents, children from broken families. Children who run away from home (violence? drunkenness?) are specially vulnerable. Child labourers and street children are easy prey. There is CSA in middle and upper middle-class families; it just goes unreported.

Activists are taking the matter head-on. The Nalamdana troupe enacts plays to spread awareness. Tulir talks of safety through posters, billboards, illustrated do’s and don’ts in newspapers and advocacy; it works with sexually abused kids and their families, conducts training workshops.

All of them distribute informative flyers and booklets among schools. Rotary Club has Project Selvi.

Language is an important component.

“It’s a sensitive topic,” said Nitya Balaji of Nalamdana. “So programmes have soft names – safe child, life skill teaching, adolescent health program. Do we talk to children about their physical and emotional changes in a scientific way?” Vidya Reddy of Tulir wants “shame” removed from the child’s awareness of his body. “Terms should be simple and age appropriate. Saying, ‘Don’t allow anyone to touch you,’ puts the burden of responsibility on the child. Say, ‘It is not all right for anyone to touch you except for medical reasons.’ Empower children. Their reporting is necessary to ensure their safety.”

Who is an abuser?

There are no psychological tools to profile them. “He could be the “nice” uncle in a stormy home,” said Nitya. “There are far more people with sexual interest in children than we can count,” warned Vidya. Abuse takes several forms and can happen under a parent’s gaze. Tickling and hugging can be unsafe for the child. “Abusers are manipulative and clever and abuse often goes on for years.” All children are at risk.

At what age should kids know?

“Good touch and bad touch at the primary level,” said Nandi Shah of Ashraya. “Body parts and functions at secondary, then sexuality, right to privacy, safety and choice. Parents, teachers, care-givers and counsellors should be sensitised and trained to support.” Nitya said, “People will take what they’re capable of. We should impart information in a non-sensational way.”

How does theatre help?

“Theatre has variety- such as role play, puppetry, story telling,” said Nitya. “Children could choose the issues, perform in different languages. Scripts could be based on first-hand stories. Theatre is most effective in schools with children from challenged homes/backgrounds.” A pre and post performance questionnaire gives direction to Nalamdana’s work. “But counselling by experts must follow.”

What can we do?

Nitya wants a children’s forum. “If children are trained to retort in groups, the abuser will be kept at bay. Why can’t TV serials mainstream the issue?” Ready and quick help when they need it, said Nandi. “Tell the abused child it is not her fault,” say activists. Listen when they complain, or they’ll clam up. The abuser is often someone the child loves and trusts or a person in authority. “Take it seriously, without showing alarm or distress,” said Vidya. “Respond calmly and do something about it.”

“Parents should create an atmosphere where the child feels free to talk without fear of ridicule or criticism. Schools must be pro-active on protection against abuse.

We need clear, stern laws and a child-friendly investigating system. Or we victimise the child many times over.”
GEETA PADMANABHAN