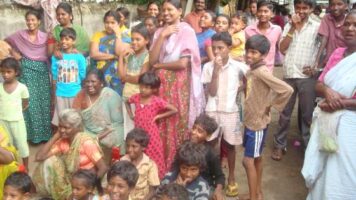 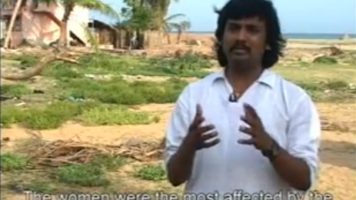 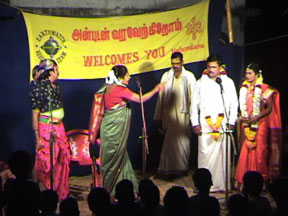 (1996-1999) Funded by the Ford Foundation N.Delhi between 1996 – 1999. Endowment received for this issue from the Foundation in 2000 – An issue that Nalamdana has been committed to since 1994, as India is the country with the largest number of HIV positive people after Africa. Nalamdana has a suite of scripts, a training kit with interactive materials such as video, audio tapes, jig-saw puzzles and games (created with funding from the Ford Foundation through 1995 to 2000) and also undertakes theatre training for partner organizations. Nalamdana has executed a two year funded project (2005 – 2006) at the Tambaram Government Hospital, Chennai (the TB and HIV treatment centre where the largest number of patients in India receive free treatment.)

Once a month role plays outside ART clinics and dramas in their open air theatre lead to discussion and encouraged better understanding between patients, their families and care givers.

The year 2007 ushered in a novel component – an internal radio program which linked the far flung wards and encouraged participatory daily programs that entertain and educate. Since 2005, this project was funded by I-TECH, Seattle and CDC, Atlanta. It was approved for extension and funded by The Gere foundation India Trust and UNESCO and through 2009.